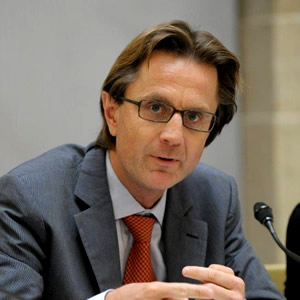 Alexander Heichlinger is Senior Faculty Member at EIPA Barcelona, and Manager of the European Public Sector Award (EPSA) in 2009, 2011 and 2013. With over 20 years of training and advisory experience, he has led and delivered numerous assignments for public sector organisations from across Europe (carried out in all EU countries – except Cyprus), as well as for the European institutions and other international organisations, e.g. resource reference in the 2012 edition of the UN Public Service Award Day;

He led the ‘City excellence network/cloud’ with seven medium-sized cities, i.e. Bilbao, Birmingham, Mannheim, Milan, Tampere, Tallinn and Trondheim and co-authored the result of this work in the publication In Search of Local Public Management Excellence – Seven Journeys to Success” (2012-2013) which outlines a “seven step model” leading to public excellence. Currently, he co-chairs the European City Economic & Financial Governance (CEFG) Group, a high-level strategic partnership between Barcelona, Dublin, Hamburg, the City of London, Milan and Vienna. This group has just produced its first tangible output: A joint standardised financial statement and financial KPIs report of six major cities, which is unique in the European context. Alexander Heichlinger has published twelve books in his fields of interest and expertise and received the Dubai Public Excellence Award in 2012 for his merits.