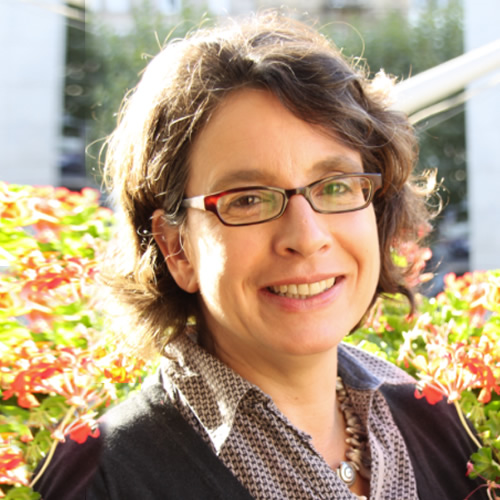 Born as the daughter of Greek parents in the Rhineland region of Germany in 1963, after achieving her Masters degree in Comparative Literature (studying in Wuppertal, Munich, and Bonn) she was able to collect extensive experience in the administrative field at the national, state, and municipal levels. Following her career stages in Bonn und Berlin as the office manager for several members of the German federal parliament, the Bundestag, she went on to the city of Halle/Saale to take up a position as community media spokesperson and as the project manager of the Media Competence Centre of the Sachsen-Anhalt state media agency.

Settling down in her new home town of Mannheim with her four children in 2002, she was initially employed in the administration of the Goethe Institute of Mannheim-Heidelberg. In 2011, she took up a new appointment in 2011 with the Department of International, Integration, and Protocol Matters at the City of Mannheim, working in the political and administrative field as the Deputy Integration Officer of the city and as the Executive officer of the Mannheim Migration Advisory Board.

In the late summer of 2014, she was appointed director of the language and integration department of Mannheim’s adult education centre (“Sprachen und Integration der Mannheimer Abendakademie und vhs GmbH”). Here she saw her central responsibilities as the development of the staffing and organization of her team of more than 20 employees on the one hand, and on the other as the gathering in of “loose ends” in the major municipal, private-sector, and political fields of action, the interactions of which define the opportunities for participation in educational services. The development of this structure into a programme deserving the name “equal opportunities” stood in the focus of her activities at the adult education centre.

In October 2015 she returned to take up employment with the city of Mannheim, when the Lord Mayor appointed her as the coordinator of Mannheim’s refugee aid programme. In the Department of Labour and Social Affairs she puts to good use her many years of experience in the support and accommodation of immigrants from all over the world arriving in Mannheim, some of whom were naturally also refugees. Based on her experience in the area of migration and integration policy she is now working together with the team from Departments 50, 17, and 11 to set up a special service centre for refugee issues that will help to close the many information gaps. This is where competent and comprehensive answers are given to the many questions concerning refugee issues that come in each day.

The coordinator for refugee relief is also present at a great many events and meetings in the voluntary civic sector, representing the city and its positions in these issues, and also attends the honorary committees of the City Council (BBR and Migration Advisory Board).