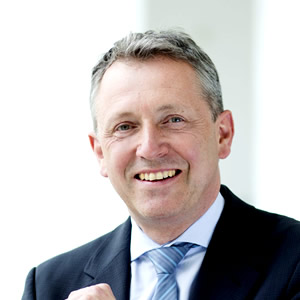 Dr. Peter Kurz already demonstrated political interest and readiness for social engagement during his school days at the Mannheim Tulla Gymnasium. In 1983 he started his studies at the Law School of the University of Mannheim, which he completed with a PhD in 1995. In 1993 he took over the leadership of the political party SPD’s council group. Prior to winning the elections in 1999 for the city’s mayor for education, culture and sports, he worked as a judge at the administrative court in Karlsruhe.

Peter Kurz has an particular interest in economic and social policy and the enablement of a peaceful and tolerant urban coexistence, in which each individual gets his chance to succeed.
His approach of modernizing the City of Mannheim, led to winning the elections in 2007 and becoming the Lord Mayer of Mannheim. The reorganization of municipal affairs has been his focus since – towards a city council that shapes the city versus administrating it. His goal is a municipal policy that relies on the participation of its citizens in this change process – a policy that thrives the social, cultural, scientific and economic development of the city through the joint formulation of measurable targets. In 2015 Dr. Peter Kurz was re-elected to serve his next term of eight years as Lord Mayor of Mannheim.